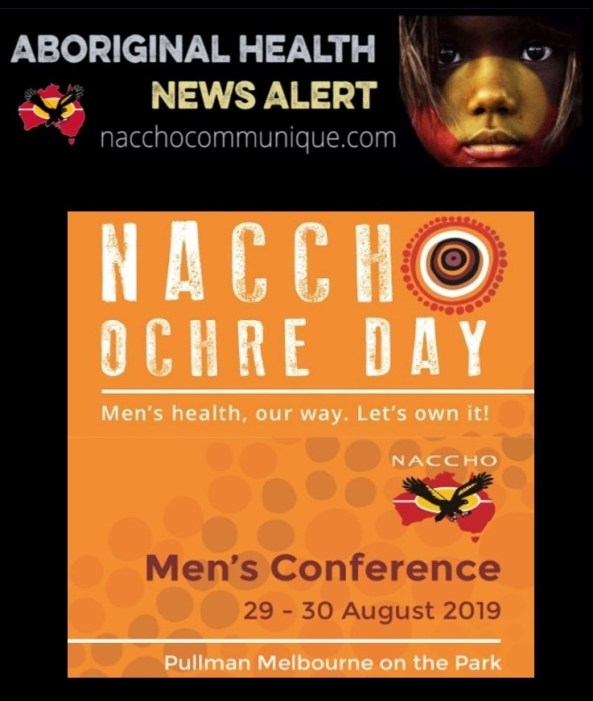 Between now and the 29-30 August National men’s Conference NACCHO will be publishing each Monday articles about Men’s Health and contributions from an amazing line up of speakers: Our first contribution from Trevor Pearce Acting CEO VACCHO

” For so many of the men at Ochre Day, healing had come about through being better connected to their culture and understanding, and knowing who they are as Aboriginal men. Culture is what brought them back from the brink.

We’ve long known culture is a protective factor for our people, but hearing so many men in one place discuss how culture literally saved their lives really brought that fact home.

It made me even more conscious of how important it is that we focus on the wellbeing side of Aboriginal health. If we’re really serious about Closing the Gap, we need to fund male wellbeing workers in our Aboriginal Community Controlled Organisations.

In Victoria, the life expectancy of an Aboriginal male is 10 years less than a non-Aboriginal male. Closing the Gap requires a holistic, strength- based response. As one of the fellas said, “you don’t need a university degree to Close the Gap, you just need to listen to our mob”.

I look forward to this year’s Ochre Day being hosted on Victorian country, and for VACCHO being even more involved.”