‘Australia has some of the highest rates of RHD in the world, seen almost exclusively in our Aboriginal and Torres Strait Islander communities,’ Chief Executive of the National Aboriginal Community Controlled Health Organisation (NACCHO), Patricia Turner, told newsGP.

‘A lot of non-Indigenous Australians would have never heard of this disease, yet for our communities, it continues to pose a real and serious threat.’

Rheumatic heart disease (RHD) is a serious illness, linked to disadvantage and largely preventable – and it’s rife in Australia.

RHD is a cardiac complication of acute rheumatic fever (ARF), an auto-immune illness that is itself caused by group A streptococcal infection (Strep A) which often manifests in sore throat or sores on the skin. It causes lasting damage to the heart, and has an enormous impact on the lives of those who contract it.

‘RHD and its complications can adversely affect pregnancy outcomes, young people are having major cardiac surgery which should have been preventable, and parents have asked me when their youngest child will need their heart operation as they had recently been diagnosed with ARF.

‘This should not be the norm for our people and something needs to be done to rectify this situation.’

If ARF is diagnosed in time, RHD can be prevented by bicillin injections; however, this treatment regime is not easy.

‘Regular injections of Bicillin L-A for prophylaxis against RHD are given, three to four times weekly, for an average of 10-plus years, and they are painful,’ Dr O’Donoghue explained.

‘Trying to explain to young children why they need to come in every month for these injections is challenging and heartbreaking.’

Even better than bicillin injections is prevention of ARF in the first place, and work is currently underway by RHD-focused organisation END RHD to create a vaccine against Strep A.

Dr O’Donoghue sees this initiative, and its recent funding boost from the Federal Government, as a positive step, although she would also like to see research into ARF treatment options, as well.

‘The discovery and development of a vaccine against Strep A infection would significantly decrease the burden of disease of ARF and RHD on individuals, families, communities and the health system,’ she said.

‘An interim goal would be the development of an alternative to the three-to-four weekly Bicillin L-A injection which is less burdensome to individuals and those who are administering them.’

Above added by NACCHO : Telethon Kids : Written for kids, by kids from the remote Aboriginal community of Barunga, ‘Boom Boom’ aims to teach children how to prevent deadly rheumatic heart disease (RHD).

Ms Turner is also supportive of the END RHD vaccine work, but wants to see practical, hands-on solutions for those who are suffering in the present. 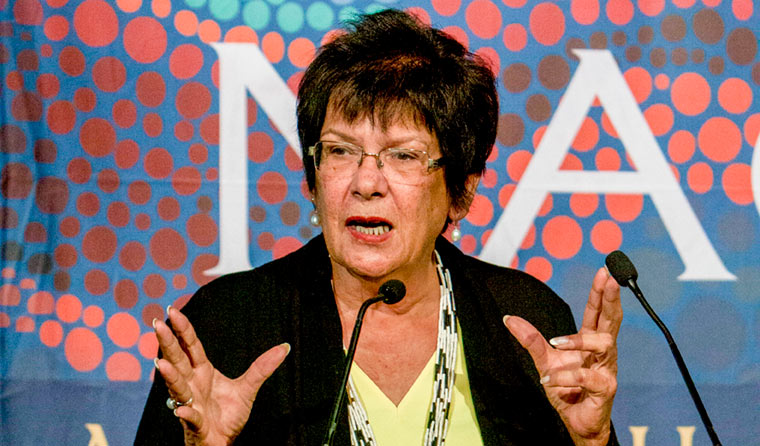 CEO of NACCHO, Patricia Turner, believes it is imperative to act decisively on Australia’s high rates of ARF and RHD.

‘A Strep A vaccine would be a game-changer, but developing it will take years and people are dying now – we need to make sure that the really exciting investments in science are coupled with on-the-ground action,’ she said.

Because ARF and RHD have significant links to disadvantage, Dr O’Donoghue believes their elimination will require a focus on the social as well as medical determinants of health – and that this needs to go beyond simple informational campaigns.

‘The onus of prevention should not be put solely on the individual or the family,’ she said. ‘It is not acceptable to say we just need to educate parents and families about personal and household hygiene standards when the surrounding systems make it challenging to provide healthy food choices, clothing, uncrowded dwellings, and to send children to school.

‘There is only so much the health system can do in isolation of improvements in housing, infrastructure and education services, such as access to quality education and services in communities, like supermarkets with affordable fresh produce and cleaning supplies.’

Ms Turner agrees that addressing social determinants of health is critical to ending RHD, outlining some practical requirements she sees as vital in the fight against the disease.

‘We need investment in comprehensive, community-controlled primary care services, so people can get their sore throats and skin sores assessed and treated in order to stop them leading to RHD,’ she said.

‘Regular antibiotic injections reduce the risk of ARF by 80%, but if people can’t get to the clinic or aren’t well-cared for when they get there, we are missing that chance to stop its development.

‘We need to support our clinics to deliver these injections and provide ongoing care for people to live with this lifelong condition.’

Above all, Ms Turner warns that urgent action must be taken now, to guard against poor consequences for the future.

‘Rates of ARF are continuing to rise – by 2031, more than 10,000 Aboriginal and Torres Strait Islander people will develop ARF or RHD,’ she said.

‘Of these people, more than 500 will die, and their medical treatment will cost the health system over $300 million dollars.

‘It’s a no-brainer that we need investment to tackle this disease – no child born in Australia today should die of RHD.