Pat Turner believes that when Indigenous organisations take over the job of improving the health and wellbeing of Aboriginal and Torres Strait Islander people, it will be the end of the grim practice of monitoring failure and calling it Closing the Gap.

“Self-determination has been a policy of the commonwealth since 1971 but we have never been given agency to exercise it to the fullest ­extent,” Ms Turner said.

“(That is) because there’s been so much government neglect of programs and the way they’ve implemented programs, and their lack of accountability for the poor outcomes that leaves us in the desperate situation we’re in today.”

Ms Turner, who began working life as a switchboard operator, taught Australian studies at Georgetown University in the US and later established indigenous television channel NITV, has emerged as a prominent Aboriginal voice.

Working with Indigenous Australians Minister Ken Wyatt, Ms Turner has steered a radical re­design of the Closing the Gap scheme established by the Rudd government in 2008.

It has culminated in a draft agreement with states and terri­tories — as well as the Local Government Association of Australia — to bolster community-­controlled indigenous organisations across Australia so they are capable of doing the work that is currently done by government agencies and non-government organisations dominated by non-Aboriginal people.

The draft agreement, which sets ambitious targets to reduce indigenous disadvantage, is due to go to national cabinet this month.

Ms Turner understands what a strong network of community-controlled indigenous organisations can do. She represents 143 of them as chief executive of the National Aboriginal Community Controlled Health Organisation.

The community-controlled indigenous health sector is established and in touch with grassroots people all over the country. It led the advocacy that safeguarded remote Aboriginal communities when the corona­virus pandemic hit Australia but Ms Turner acknowledges there is no real equivalent in education, early childhood or other spheres, including the disability sector.

Changing that is key to the success of the new Closing the Gap agreement, Ms Turner said.

In 2019, after 11 annual reports, just two of seven Closing the Gap targets set in 2008 — early childhood education and Year 12 attainment — had been achieved. Targets were not met on school attendance, child mortality, employment, life expectancy and literacy and numeracy.

“We were most grateful that Kevin Rudd took the initiative to set up the Closing the Gap … that money he invested in it was over $4bn,” she said.

“What we weren’t happy with was the fixation on targets.

“They don’t drive change … and while you’ve got to have them, they’re not the things that make the difference.”

Ms Turner said indigenous people would be the difference. “The reforms are equal decision-making between governments and Aboriginal people at every level — local, regional, state, and national,” she said.

“So when they’re talking about measures that impact on us, at the moment what you’ve got in this arrangement are those sitting in ivory towers, the capital cities, and they come up with a policy or implementation plan based on what the government’s commitments of the day are and go out to Aboriginal people and say ‘We’ve got this new program and if you meet these guidelines, you’ll be eligible for funding’.”

Ms Turner said under the new agreement, communities would determine what was needed and they would be supported by governments to achieve it.

The third of five children raised in Alice Springs, Ms Turner has clear views about what gives a child a good start in life. She does not have children and helps raise a great nephew with her sister in a home they share in Canberra.

“I think it starts from pre-birth. It’s about the responsibilities of raising children for both young men and young women and having children at the right time in their lives, rather than unexpected pregnancies,” she said. “Too many young people are having too many kids too early. It just puts massive pressure on the whole extended family.”

Ms Turner’s world view was shaped in part by her father’s accidental death in 1963, when she was 10. Her mother went to work in three jobs as a dishwasher.

She was also influenced by the advocacy of her uncle Charles Perkins, the civil rights activist.

“What I understood very early was Aboriginal people endured a lot of ­racism in daily lives — including me — and that wasn’t right.”

Ms Turner rose through the ranks of the public service, including at the Department of Health and Centrelink, and was the only indigenous person to work as chief executive of the Aboriginal and Torres Strait Islander Commission. “I never had one qualified audit report of my organisation; not one,” she said.

It is her view that the commonwealth’s reshaped work-for-the-dole scheme, called CDP, is a lost cause. “It needs to be abolished and what Aboriginal people really need is a job guarantee. Award wages and proper jobs,” she said.

It is a case argued in The Weekend Australian on Saturday by Noel Pearson, who described Australian economist Bill Mitchell’s longstanding call for government to fund real jobs, at the minimum wage, to all unemployed Australians as “one of the most imaginative and compelling answers” to the question of how to build a stronger, fairer and more resilient nation.

Ms Turner is adamant the new Closing the Gap agreement can play a role. “If you invest, as a government, in an Aboriginal community-controlled organisation to do the service delivery, instead of all these bureaucrats sitting around in jobs, those jobs could be undertaken by Aboriginal and Torres Strait Islander people, which means families at the local level have a decent job,” she said.

“We will have a sustainable workforce, and can offer scholarships and apprenticeships … so that we expand the opportunities and career choices for our young­er generations.” 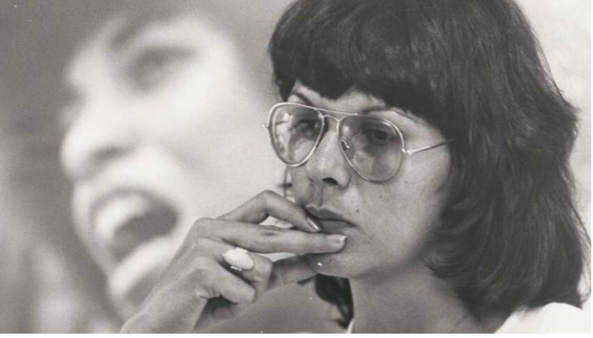 As a receptionist in the Native Welfare department in the early 1970s, it was Pat Turner’s job to let her bosses know when somebody was at the front desk for them.

One day a very young Ms Turner told her boss a gentleman was here to see him, and her boss replied: “Is he black or white?”

It made her blood boil so she challenged him about what difference it made. He agreed to see the visitor. “I had great pleasure in taking him in. Of course, he was an Aboriginal bloke, but I wasn’t gonna tell him that,” she said.

By 1975, Ms Turner was a trained welfare officer back in her hometown of Alice Springs, reading Paulo Freire’s Pedagogy of the Oppressed. She also took kids to play sport. She also taught them their rights and obligations.

“There were too many of our kids at risk with the criminal justice system,” she said.

After speaking to parents and the local headmaster, she took indigenous kids to the Alice Springs Magistrates Court in a borrowed bus.

“Ninety five per cent of the people going to court every day were Aboriginal and most of the cases were for public drunkenness,” she said.

Afterwards, the police prosecutor and Ms Turner would ask the children for their observations.

Sometimes the children had questions about why an accused went to jail or what they did wrong.

“I would say, ‘Well, what would you do if you were pulled up by the police?’ and some kids said, you know, like, ‘run’,” Ms Turner said. “And so we’d explain to them how to handle that situation. It was about increasing their awareness, how to deal respectfully with the police and not get into further trouble.”

Ms Turner said the children she knew then each finished school and got jobs in indigenous organisations.

This made her proud of them and the families who supported them.

She lamented that excessive gambling, alcohol and drug abuse had left too many children “to their own devices” in Alice Springs these days.

“I think it’s gone a bit backwards in terms of the opportunities for children,” she said.