” Children in Australia are generally happy, healthy and safe, according to a new report from the Australian Institute of Health and Welfare (AIHW).

But children’s experiences and outcomes can vary depending on where they live and their families’ circumstances.

The report, Australia’s children, brings together data about children and their experiences at home, school and in their communities, along with statistics on important influences such as parental health, family support networks and household finances.

Download the PDF Report and link to all contents HERE

After 2,800 Aboriginal Health Alerts over 7 and half years from www.nacchocommunique.com NACCHO media will cease publishing from this site as from 31 December 2019 and resume mid January 2020 with posts from www.naccho.org.au

For historical and research purposes all posts 2012-2019 will remain on www.nacchocommunique.com

Your current email subscription will be automatically transferred to our new Aboriginal Health News Alerts Subscriber service that will offer you the options of Daily , Weekly or Monthly alerts 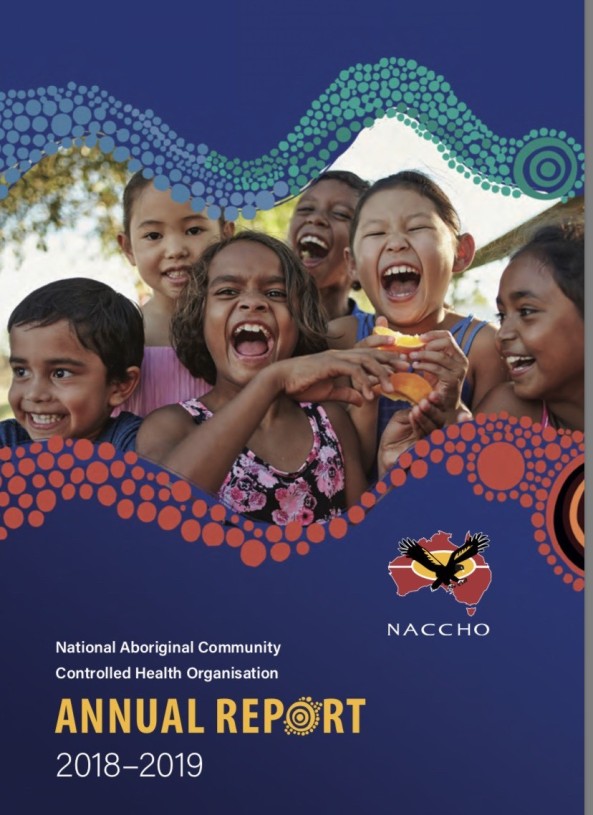 ‘From an early age, most Australian children have the foundations to support good health and wellbeing as they grow up,’ said AIHW spokesperson Louise York.

How are Australia’s children faring on national indicators?

What do Australia’s children say? 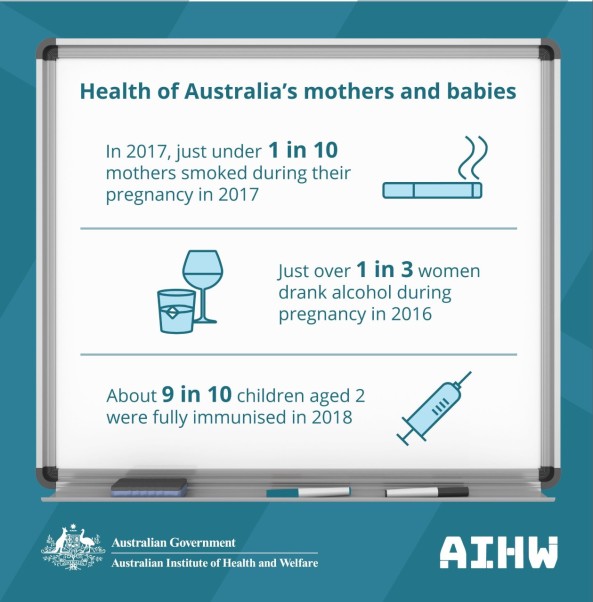 Deaths among infants and children are uncommon, having fallen markedly over the past 2 decades. Injury and cancer are the leading causes of death for children aged 1-14 years—however, the death rates for both have reduced significantly.

Most parents share stories with their infants, with almost 4 in 5 children aged 0–2 read to or told stories by a parent regularly in 2017, and 90% of eligible children enrolled in a preschool program in the year before they entered full- time school.

In some areas, children in Australia show signs of healthy lifestyles—for example, in 2017–18, almost three- quarters (72%) of children aged 5–14 eat enough fruit every day. Despite this, very few (4%) eat enough vegetables and almost half (42%) usually consumed sugar sweetened drinks at least once a week.

‘In 2017–18, about a quarter of children aged 5–14 were overweight or obese, similar to 2007–08. The likelihood of a child being overweight or obese is greater if they live outside major cities, in one-parent families, or if they have a disability,’ Ms York said.

Literacy and numeracy are fundamental building blocks for children’s educational achievement, lives outside school, engagement with society and future employment prospects. In 2018, almost all Year 3, 5 and 7 students achieved at or above the minimum standards for reading and numeracy. However, results were lower among some groups of children. For example, Year 5 students in more remote areas of Australia were less likely to meet the minimum standards, as were Indigenous students.

While school years can provide positive experiences for children, bullying is an issue for many. In 2015, almost 3 in 5 Year 4 students reported that they experienced bullying monthly or weekly during the school year. The rise of the internet has also enabled bullying to spread online.

‘In 2016–17, receiving unwanted contact and content was the most commonly reported negative online experience for children aged 8–12, experienced by about a quarter of all children,’ Ms York said.

Most children say they look to their parents for support in difficult times—in 2016, 9 in 10 children aged 12–13 said they would talk to their mum and/or dad if they had a problem.

Household finances—including whether adults in the household have a job—can affect a child’s health, emotional wellbeing, education and ability to take part in social activities. In 2017–18, there were 2 million low-income households in Australia, about a quarter of which had at least 1 dependent child aged 0–14.

Ms York said there is always more to learn about children and their experiences, including how children transition through major developmental stages and how longer-term outcomes may vary depending on childhood circumstances.

‘In particular, it is important to learn more about how certain groups of children are faring, including those with a disability, those from culturally or linguistically diverse backgrounds, and those who identify as lesbian, gay, bisexual, trans and gender diverse, or children who have intersex variations,’ Ms York said.

‘It is also important to gather more evidence about children’s own perspectives on issues affecting their lives and development, to ensure children’s views are heard.’

This is the AIHW’s first comprehensive report on children since 2012. It updates and extends data about Australia’s children and provides suggestions for how to fill known information gaps.