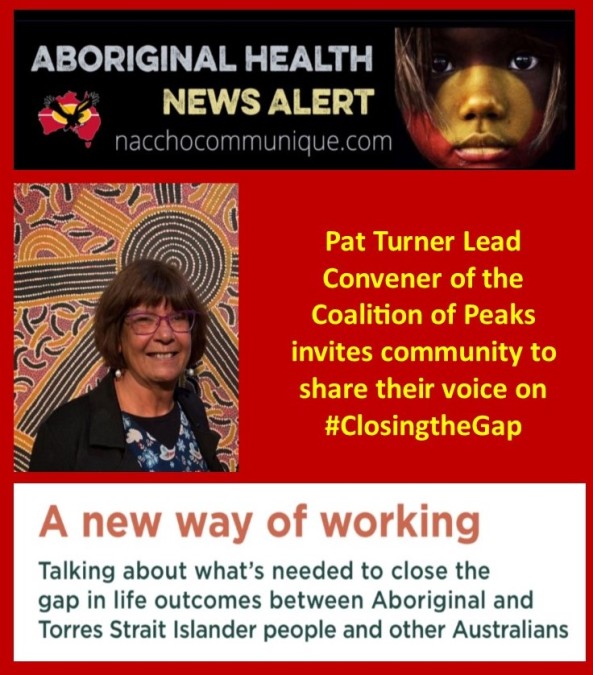 “Aboriginal and Torres Strait Islander peoples know what works best for us and now the conversation on Closing the Gap is changing because we are finally at the negotiating table.

The Coalition of Peaks want to hear ideas on what should be included in the new National Agreement. We want to hear from enough people across Australia to make sure we’re on the right track and have support to finalise the new national agreement with governments.

Some communities, organisations and people may have attended government led meetings about Closing the Gap targets in 2017 and 2018, but this is different.

This time the Coalition of Peaks are leading the discussion and we are now also talking about some important changes that we think needs to happen to improve our lives faster.

And we have a seat at the table with governments so that the better hear what we are saying.

I hope every person and community-controlled organisation takes up this opportunity to influence policies that will have a direct impact on our communities.

And I really look forward to reading the survey responses and attending engagement events across Australia over the next few months,”

Lead Convener of the Coalition of Peaks, CEO of NACCHO and Co-Chair of the Joint Council, Pat Turner said that listening to the voice of an affected community is critical to the success of any policy or program.

The Coalition of Peaks is working with the Council of Australian Governments (COAG) to develop a new National Agreement that will set out efforts over the next ten years to help close the gap.

This is the first time Aboriginal and Torres Strait Islander peak bodies will have an equal say in the design, implementation, monitoring and evaluation of the policy framework.

And the Coalition of Peaks, together with Australian governments, want to ensure that all Aboriginal and Torres Strait Islander people have an opportunity to contribute their voice.

This week a survey will be sent to hundreds of Aboriginal and Torres Strait Islander community-controlled organisations and their networks, inviting responses from both individuals and organisations.

There is a discussion booklet that has background information on Closing the Gap and sets out what will be talked about in the survey.

The survey will take a little bit of time to complete. It would be great if you can answer all the questions, but you can also just focus on the issues that you care about most.

To help you prepare your answers, you can look at a full copy here

The survey is open to everyone and can be accessed here:

There will also be opportunities in every State and Territory for Aboriginal and Torres Strait Islander people to have a say through face-to-face meetings, to ensure that the community’s voice is truly heard and understood. 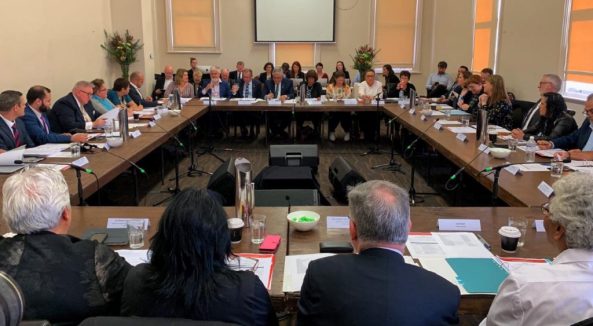 A Joint Council meeting of COAG Ministers and the Coalition of Peaks recently agreed in principle to the three priority reforms that will underpin the new agreement and form the basis of the survey and other engagements that will take place over the coming months.

Those priority reforms are:

1.Developing and strengthening structures to ensure the full involvement of Aboriginal and Torres Strait Islander peoples in shared decision making at the national, state and local or regional level and embedding their ownership, responsibility and expertise to close the gap;

3.Ensuring all mainstream government agencies and institutions undertake systemic and structural transformation to contribute to Closing the Gap.

A report on what people say during the engagements will be prepared by the Coalition of Peaks, to be provided to governments and made public.

The report will inform the finalisation the new National Agreement between the Coalition of Peaks and COAG.