“ No one saw it coming. Polling had the election as a win for Labor. Internal polling from the parties had it this way and external polling also had it so.

Exit polls had a 13 seat majority for Labor on Saturday night. They were all wrong. As we saw with Trump and Brexit, polls don’t always know best. On the weekend the Coalition held on.

It secured an election comeback that would have been unbelievable a month ago.

1.Who is going to be the new Indigenous Affairs Minister with the retirement of Nigel Scullion ?

2. Who is going to be the new Indigenous Health Minister ?

3.What is the future of of our Closing the gap Partnership ?

” The Morrison Government is working with Aboriginal and Torres Strait Islander Australians to provide the same opportunities as for every other Australian.

We know and believe that, to deliver real outcomes, we need to work in partnership.

We’ve drawn a line in the sand in regard to Aboriginal and Torres Strait Islander policies and programs.

We need to refresh what we’re doing because, while the 2019 Closing the Gap report highlighted successes across the country, only two of the seven targets are on track to be met.

The original targets were well-intentioned but developed without the collaboration and accountability of the states and territories or input from Indigenous Australians.

Under the Morrison Government, Australia’s Closing the Gap targets will be redeveloped in partnership with Indigenous Australians for the first time. ”

CLOSING THE GAP – A REFRESH

The Closing the Gap process that began in 2008 was born of good heart.

Despite this, it did not truly seek to partner with Aboriginal and Torres Strait Islander people.

The driving belief was that a top-down approach could achieve the change that was rightly desired, through lofty goals and bureaucratic targets.

The Morrison Government has turned a new page.

We are committed to working together and deciding together how future policies are developed – especially at a regional and local level.

We have listened to what Aboriginal and Torres Strait Islander communities have told us is important.

At COAG in December last year, all governments committed to share ownership of, and responsibility for, frameworks, targets and ongoing monitoring of a refreshed Closing the Gap Agenda with Aboriginal and Torres Strait Islander people at its heart.

And under the leadership of Prime Minister Morrison, the Commonwealth, state and territory and local governments in partnership with the National Coalition of Aboriginal and Torres Strait Islander Peak Organisations signed an Agreement to change the way government and Aboriginal and Torres Strait Islander Australians work together on Closing the Gap.

We are providing $4.6 million to the National Coalition of Aboriginal and Torres Strait Islander Peak Organisations to ensure an equal partnership with governments in designing and monitoring Closing the Gap.

4. How much money the new Morrison incoming government is going to invest in Closing the Gap Refresh

NACCHO CEO Pat Turner says at least $5bn and a commitment to work with communities is needed to get anywhere in Closing the Gap.

About 40 peak bodies from all avenues of Indigenous affairs came together last week ( May 13 )  to discuss a new Closing the Gap agreement.

The Peaks were the negotiators of the Partnership Agreement on Closing the Gap last year, and have not sat face to face since.

They met to discuss what they want to achieve in a new Closing the Gap agreement, with NACCHO CEO Pat Turner calling for a bigger commitment from the government, whoever that may be following the election.

“Neither side of politics, either the Liberals, or the Nationals, or the ALP [have announced] the commitment they will make over the next 10 years to Close the Gap,” Ms Turner told NITV News.

“We need both sides of politics to come out in the last week and give us a very clear indication of how much money they’re going to invest in Closing the Gap, and that they’re going to continue to work in partnership with us.

“And that Aboriginal people are central to the co-design, the monitoring and the evaluation, but also making sure that government changes the way it works with our people.”

Ms Turner said that the partnership between Aboriginal people and the government needs to be at every level, and hopes this is implemented in a Close the Gap ‘refresh’.

“They can start with $5 billion. That would be a good start, and a lot of that money needs to be invested directly into Aboriginal communities through our organisations and in terms of fixing up the infrastructure in our communities.”

They hope for a new agreement to be signed by the Coalition of Peaks and the Council of Australian Governments, and for it to be implemented later this year.

5. What is the future of the #UluruStatement and a Voice to Parliament 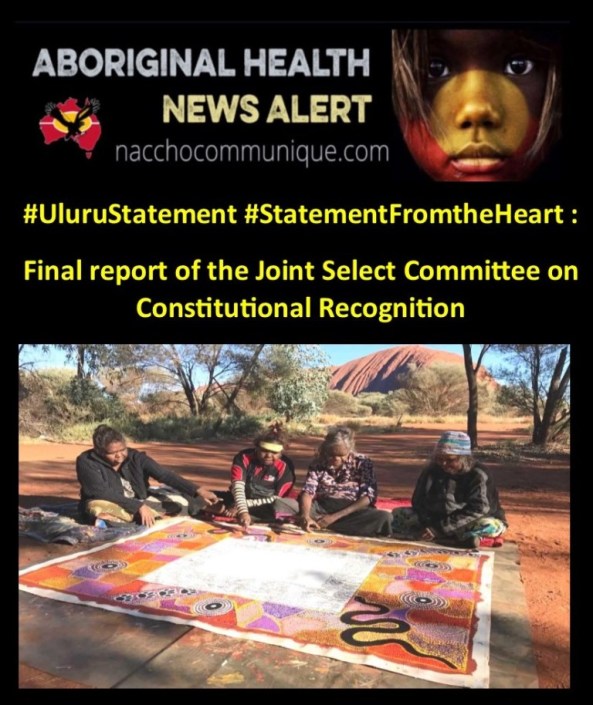 Going into the election campaign, federal Labor had committed to a plan for a referendum on constitutional recognition for Indigenous people.

Senator Dodson said this, and the Indigenous voice to Parliament, seemed to be lost.

“Now we’ve gone back to potentially not having a voice to Parliament for First Nations people, no referendum on that matter.

“The removal of the Makarrata Commission, so no real interest in truth telling and agreement making.

Read analysis about the federal election:

“And certainly no regional assemblies to enable First Nations people to have a greater say in their own affairs.

“So, a real rolling back, and more of the draconian activities that have underpinned the CDEP program with penalties applying to people and treating First Nations people as mendicants and a drain on the public sector.”

Senator Dodson said he believed a reforming, visionary agenda had been destroyed with lies and creating fear, and a “misperception” of what Labor stood for.

Ken Wyatt, who has been serving as Minister for Aged Care, and Australia’s first Minister for Indigenous Health, has rejected Senator Dodson’s claims.

Mr Wyatt said he considered Mr Dodson to be a friend, and said he would’ve made a great minister.

“I have no doubt about that,” he said.

“He and I and Linda [Burney] and Malarndirri [McCarthy] talk frequently, we set aside the political differences.

“We talk about the philosophical things we are aiming to achieve but at the same time we recognise our party positions are different.”

“It doesn’t set back the causes for a voice to Parliament of some form, certainly a better way of engaging with Aboriginal people.

“I know that in Aboriginal health we were establishing strong partnerships so I can’t see that diminishing.

“I have every faith in the Prime Minister to continue the work that we were proposing in the Aboriginal Affairs reform agenda.”

Mr Wyatt said he wanted a structure to which Indigenous people could bring their concerns, and then that body could work with relevant ministers, including the Prime Minister.

“If we do that, then that provides an avenue for people having a say in their future, but we’ve got to get it right at the community level,” he said.

Mr Wyatt said if he was offered the Aboriginal Affairs portfolio, he would “do it with great pride”, but said it was up to the Prime Minister and he wouldn’t seek to “circumvent” any decision.

“Any position you’re given in cabinet is an honour to serve in,” he said.

Since 2013, the Liberal and Nationals Government has maintained the multi-partisan commitment to recognising Aboriginal and Torres Strait Islander Australians in the Constitution.

We are listening to the recommendations of the bi-partisan Joint Select Committee on Constitutional Recognition Relating to Aboriginal and Torres Strait Islander Peoples (chaired by Julian Leeser MP and Senator Patrick Dodson).

The Joint Select Committee recommended that further work was needed to clarify a model for constitutional recognition and how it could best suit the needs and aspirations of Aboriginal and Torres Strait Islander Australians.

After the Uluru Statement from the Heart in 2017 there have been mounting talks about enshrining an Indigenous Voice to Parliament within the Australian Constitution.

Establishing a Voice to Parliament is not as visible in either the Liberal’s or the Nationals’ policies, however the Coalition did mention some support for the idea in this year’s Federal Budget.

If the Coalition is re-elected, the process for Voice to Parliament is likely to be a lengthy one.

“There is a national convergence between the aspirations of First Nations people, as reflected in the Uluru Statement, and the views of non-Indigenous Australians who overwhelmingly back a constitutionally enshrined First Nations voice in Parliament and a comprehensive process of truth telling.

This presents the next federal parliament with a rare mandate and opportunity to advance the national reconciliation agenda.

“The Uluru Statement From the Heart encapsulates all of these policy aspirations of the Indigenous world, and I fail to see how it is not being fully supported across the political and administrative spectrum,”

“We need to be empowered to lift ourselves out of the state-imposed tangle of policies, programs and bureaucracy that excludes us and removes our agency. Only we can overcome, but you can help.”