“Our research found that average annual hospital admissions for assault fell from 32.25 per 1,000 people to 5.7 over 11 years, in line with tightening alcohol supply restriction,

The Associate Provost and Chair of Australian Indigenous Studies, Professor Marcia Langton, who co-authored the paper, says since the AMP was introduced there has been a reduction in violent assaults and the severity of family violence across the traditional lands of the Thaayorre and Mungkan peoples on the western coast of Cape York Peninsula

Alcohol Management Plans (AMPs), including one that has helped dramatically reduce violent assault rates in the remote Indigenous community of Pormpuraaw in far north Queensland, are under threat. 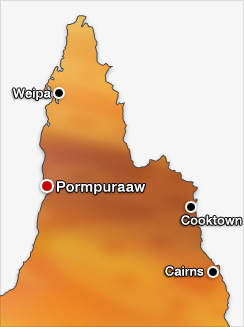 Coinciding today with the 5th Annual Overcoming Indigenous Family Violence Forum in Melbourne, University of Melbourne researchers have released a new study on the successes and challenges of the Pormpuraaw AMP.

While the dramatic drop in hospital admissions showed the AMP was working extremely well, Foundation for Alcohol Research and Education (FARE) Chief Executive Michael Thorn is concerned that AMPs are under threat and riddled with problems stemming from government inertia.

“The good news is that an AMP can be an effective tool to significantly reduce alcohol harm, including family violence. But there’s a gulf between the well-intended rhetoric of governments to address harms in Indigenous communities and the unrealistic, unsustainable government action on the ground,” Mr Thorn said.

The University of Melbourne in-depth, community-based study investigated how AMP controls, restrictions and responses are understood and managed with Australian Aboriginal communities.

Research Fellow and lead author of the paper, Dr Kristen Smith, says most community members in

“There is strong community commitment to ‘place-based’ programs, but there are many issues that are being experienced in the community which are not being addressed,” Dr Smith said.

Dr Smith said the biggest concern was government failure to understand the magnitude of the alcohol problem and therefore underestimate resourcing.

“Underfunding is compounded over time through erratic political and policy decisions that fail to reliably meet the community’s needs for treatment services or address issues such as ‘sly-grogging’, gambling and criminalisation,” she said.

Professor Langton said the AMPs were too vulnerable to political and policy instabilities to ensure their long-term success. “We’ve identified propositions for better AMP outcomes long-term, through realistic financial support and stronger community-led governance,” she said.