“Even compared to their Aboriginal and Torres Strait Islanders contemporaries, who are already at a disadvantage in Australia, Stolen Generations members aged 50 and over are suffering more – financially, socially and in areas of health and wellbeing, 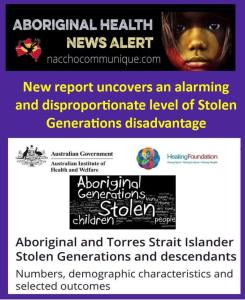 ” This year we will commemorate the National Apology to the Stolen Generations by sharing stories that have been shared with us over the years.

Witnessing the stories of Stolen Generation members who were removed from their homes, families and communities allows all Australians to join in on the healing journey and be part of the solution moving forward. This is the spirit of commemorating the National Apology.

We are sharing Stolen Generations stories via Facebook. Tune in on 13 February at 2pm and 6pm (AEST)

Eleven years on from the National Apology, members of the Stolen Generations are calling on governments to ensure aged care services are sensitive to their needs and support publicly funded alternatives to residential care that deal with trauma related issues arising from re-institutionalisation. 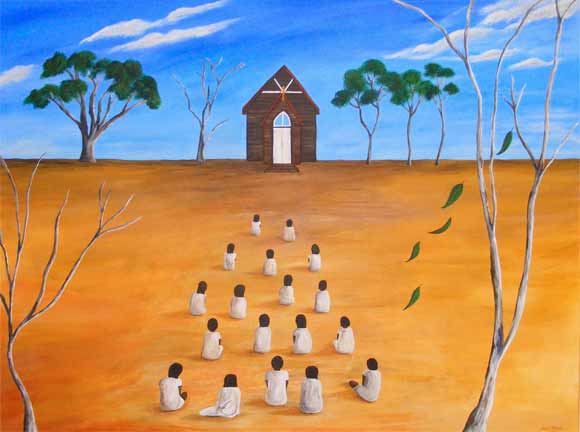 Hope Beyond the Window by Jacqui Stewart. The painting represents children from a Stolen Generation. The church symbolises religion and the window represents ‘hope’ looking through to the sky. The children are portraying despair but also at the same time hopefulness and belief for a better future. The old tree beside the church symbolises an Aboriginal Elder who is protecting and watching the children while the leaves illustrate “free spirits” flying through the wind. The painting was influenced by photographs of the Moore River Native Settlement in WA and the movie Rabbit Proof Fence. Image reproduced with kind permission from the artist.

It follows the release of data from the Australian Institute of Health and Welfare that uncovers alarming and disproportionate levels of disadvantage for Stolen Generations aged 50 and over.

The AIHW report forecasts that by 2023 all remaining Stolen Generations survivors will be eligible for aged care. The data shows that 89 per cent of those aged 50 and over were not in good health and 76 per cent relied on government payments as their main source of income.

The Healing Foundation CEO Richard Weston said the report provides a clear evidence base to the complex needs of Stolen Generations aged 50 and over who suffered profound childhood trauma when they were forcibly removed from their homes, isolated from family and culture and often institutionalised, abused and assaulted.

“While appalling, this level of disadvantage should not come as a surprise. If people don’t have an opportunity to heal from trauma, it continues to impact on the way they think and behave, leading to a range of negative outcomes including poor health and isolation, which in turn leads to social and economic disadvantage,” Mr Weston said.

“The Aged Care Royal Commission has been running for less than a week and we’re already hearing about the profound trauma experienced by those in care. Clearly, the Stolen Generations need and deserve assistance in their aging years, but given their past experiences with institutionalisation, it’s vital that we find public funded alternatives that respond to trauma related issues.”

How you can get involved