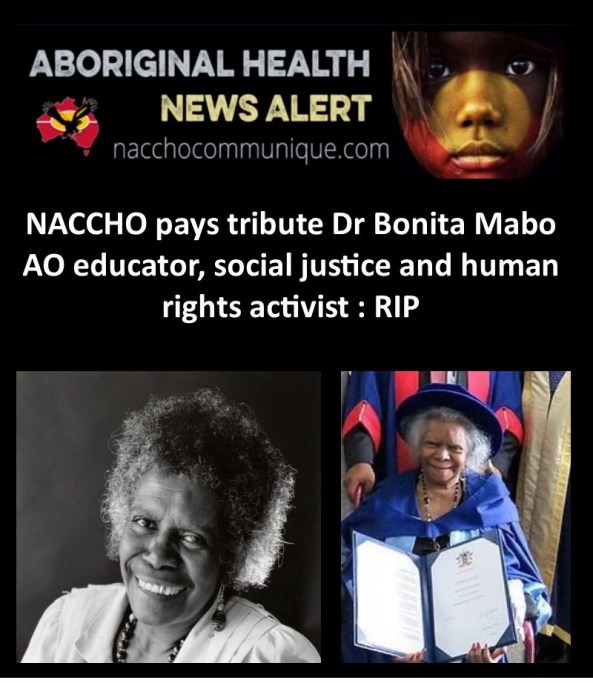 ” We can all take inspiration from Bonita’s courage and determination.”

Ms Donnella Mills summarizing the impact Dr Mabo had on all her family ,friends and the broader Australian community she inspired over her lifetime

You Download a PDF copy of this Press Release HERE

NACCHO Chair Ms Donnella Mills speaking on behalf of all the 145 Aboriginal Community Controlled Health Services throughout Australia has extended condolences to the Mabo family for the loss of their mother, sister, aunty, cousin and grandmother Dr Bonita Mabo, South Sea Islander reconciliation activist , who passed away Monday.

“ Dr Mabo as the wife of Eddie Mabo, an Australian hero known for his long fight for Indigenous land rights, but Dr Mabo was more than a supportive partner, she was an educator and an advocate who  was the co-founder of Australia’s first Indigenous community school, the Black Community School in Townsville, where she worked as a teacher’s aide and overseeing the day-to-day operations, including providing continuity and cultural training to all children including 10 of her own.

She was considered to be a stabilising influence at the school at a time when it was considered unacceptable to have discrete curricula and teaching policies for Australian Aboriginal and Torres Strait Islander children “ Ms Mills said. 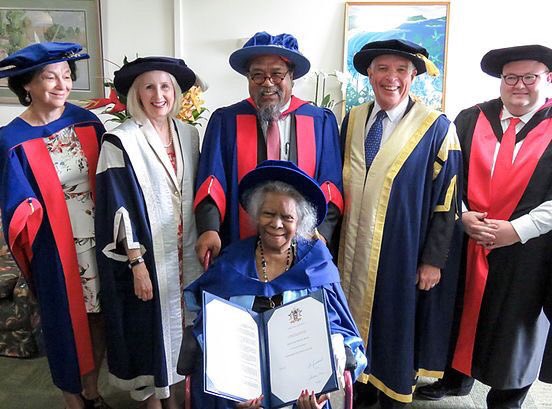 Only this month Bonita Mabo received one of James Cook University’s highest awards, an Honorary Doctor of Letters, in recognition of her outstanding contribution of 45 years of service to the community and her advocacy for Indigenous Australians and Australian South Sea Islanders.