” Between June and December 2017, improvements were seen in 16 out of a possible 23 measures for which comparable data for both periods were available (see Table S1 for details). Results for a further indicator remained stable between reporting periods.

This is the fifth national report on the Indigenous primary health care national Key Performance Indicators (nKPIs) data collection. It presents data on all 24 nKPI indicators for the first time.

Data for this collection are provided to the Australian Institute of Health and Welfare (AIHW) by primary health care organisations that receive funding from the Australian Government Department of Health to provide services to Aboriginal and Torres Strait Islander people. Some primary health care organisations included in the collection receive additional funding from other sources, including state and territory health departments. 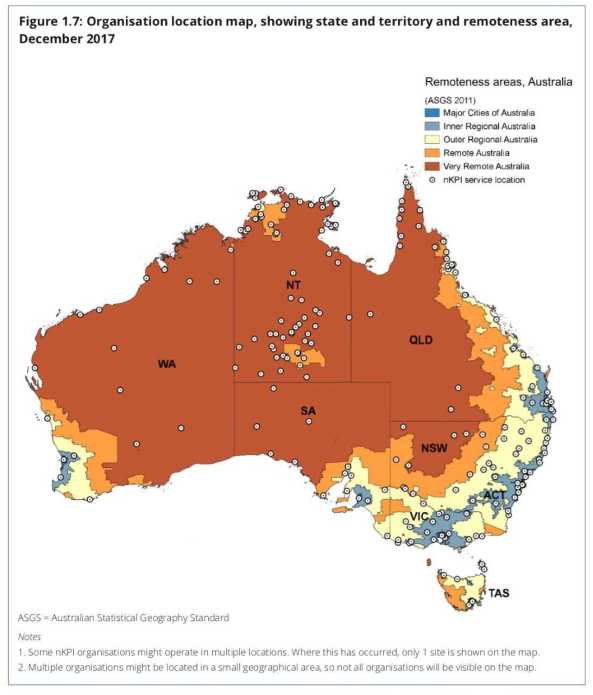 As of the June 2017 data collection, changes have been made to the data extraction method, with the Department of Health introducing a new direct load reporting process. This allowed Communicare, Medical Director, and Primary Care Information System (PCIS) clinical information systems (CISs) to generate nKPI data within their clinical system, and transmit directly to the OCHREStreams portal. Best Practice services were provided with an interim tool while MMEx has always had direct load capability.

The new process was introduced to provide a greater level of consistency between CISs, but the change in the extraction method means that data from June 2017 onwards are not comparable with earlier collections.

As the June 2017 collection represents a new baseline for the collection, this report only presents data for June and December 2017.

See Chapter 2 for more information on the change in extraction method, data quality, and the impact  on the collection, and Appendix E for data improvement projects and the nKPI/Online Service Reporting (OSR) review under way.

Improvements were seen for most indicators between June and December 2017. Although data from these 2 reporting periods are not comparable with earlier reporting periods, an overall pattern of improvement is in keeping with the pattern of improvement previously reported for the period June 2012 to May 2015 (see AIHW 2017). This indicates that health organisations continue to show progress in service provision.

Things to work on

For the 3 process-of-care indicators that did not show improvements—glycated haemoglobin (HbA1c) result recorded (6 months), cervical screening, and Medicare Benefits Schedule (MBS) health assessment for those aged 0–4—the changes were very small (0.5, 0.4, and 0.1 percentage points, respectively).

Three outcome measures that did not show improvements—HbA1c result of 7% or less, low birthweight, and smoking status of women who gave birth in the previous 12 months—saw changes of between 0.8 and 1.8 percentage points. 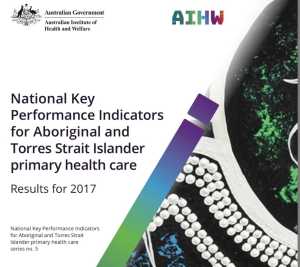