” Obesity is now a leading preventable cause of cancer , but less than half of all Australians are aware of the link . A new campaign launched today by Cancer Council Victoria is aiming to change this.

In a ground-breaking new public awareness campaign, Cancer Council Victoria will expose the link between obesity and 13 types of cancer by depicting the toxic fat around internal organs.

As many as 98% of Australians are aware that obesity is a risk factor for type 2 diabetes and heart disease, but as little as 40% of Australians know about its link with cancer . ”

Being above a healthy weight is now a leading preventable cause of cancer. Our new campaign urges people to avoid #sugarydrinks to reduce their risk https://bit.ly/2OKiFRN  #rethinksugarydrink

“A third of Victorians admit to drinking more than a litre of sugary drink each week 7, that’s more than 5.5kgs of sugar a year. We want people to realise that they could be drinking their way towards weight gain, obesity and toxic fat, increasing their risk of 13 types of cancer,”

Or see Statistics part 2 Below

Cancer Council Victoria CEO, Todd Harper, acknowledged that the campaign’s portrayal of toxic fat could be confronting but said so was the fact that nearly two-thirds of Australians were overweight or obese 4.

“While talking about weight is a sensitive issue, we can’t shy away from the risk being above a healthy weight poses to our health.” Mr Harper said.

“With around 3,900 cancers in Australia each year linked to being above a healthy weight, it’s vital that we work hard to help people understand the link and encourage them to take steps to reduce their risk 5.”

Sugary drinks contribute the most added sugar to Australians’ diets 6, so Cancer Council Victoria is focusing on how these beverages can lead to unhealthy weight gain, which can increase the risk of certain cancers. The campaign will communicate that one way of reducing the risk is to cut sugary drinks from your diet.

The ad features Melbourne surgeon Dr Ahmad Aly exposing in graphic detail what sugary drinks could be doing to your health, as his laparoscopic camera delves inside a patient’s body to expose the dangerous toxic fat around internal organs.

Dr Aly has seen first-hand the impact toxic fat has on people’s health and hopes the campaign will make people think again before reaching for sugary drinks.

Jane Martin, Executive Manager of the Obesity Policy Coalition, said that while the campaign aims to get people thinking about their own habits, Cancer Council Victoria and partner organisations are also working to encourage governments, the food industry, and communities to make changes.

“It’s virtually impossible to escape the enormous amount of marketing for sugary drinks surrounding us on TV, social media and public transport. It’s also easier to get a sugary drink than it is to find a water fountain in many public places, and that’s got to change. We need to take sugary drinks out of schools, recreation and healthcare settings to make it easier for Victorians to make healthy choices.”

“The need for a healthy weight strategy in Victoria, as well as nationally, is overdue. In the same way tobacco reforms have saved lives, we now need to apply the same approach to improving diets”, Ms Martin said.

Since giving up the sweet stuff, Fiona Humphreys has more energy and has managed to shed the kilos and keep them off.

“I used to drink at least two sugary drinks every day as a pick me up, one in the morning and one in the afternoon. I was addicted to the sugar rush and thought I needed them to get through my busy day.”

“After giving up sugary drinks I saw an immediate change in both my mood and my waistline. I lost 7 kilos just by making that one simple change and I haven’t looked back.”

“I decided to go cold turkey and switched to soda or mineral water with a slice of lime or lemon. I tricked my mind to enjoy the bubbles and put it into a beautiful glass. I feel healthier and my mind is clearer as a result.”

The campaign will run for five weeks and be shown on TV and radio and will feature across social media channels as well as outdoors across the state.

A dedicated campaign website cancervic.org.au/healthyweight will provide factsheets for health professionals and consumers and digital elements about how to make small lifestyle changes to improve people’s health.

How is sugar linked to weight gain

Sugar is a type of carbohydrate which provides energy to the body. However, eating too much sugar over time can lead to weight gain. Strong evidence shows that being above a healthy weight increases the risk of developing 13 different types of cancer and chronic diseases including cardiovascular disease and type 2 diabetes.

Let’s unpack what happens when our body receives more energy than it needs, how this can lead to weight gain and what you can do to decrease your risk of cancer.

Where do we find sugar?

In terms of health risks, we need to be concerned about ‘added sugar’. That is, sugar that has been added to food or drink.

Aboriginal and Torres Strait Islander communities tend to have higher rates of obesity and sugary drink consumption and experience poorer health outcomes as a result.

We know that more than half of the Aboriginal and Torres Strait Islander community drink sugary drinks almost every day.

The Overview also examined factors contributing to health, including nutrition and body weight. Some statistics of note include:

In the latest issue of JournalWatch, Dr Melissa Stoneham takes a look at obesity in Australia’s remote Indigenous communities and the struggle to eat well against the odds

Read in full at Croakey 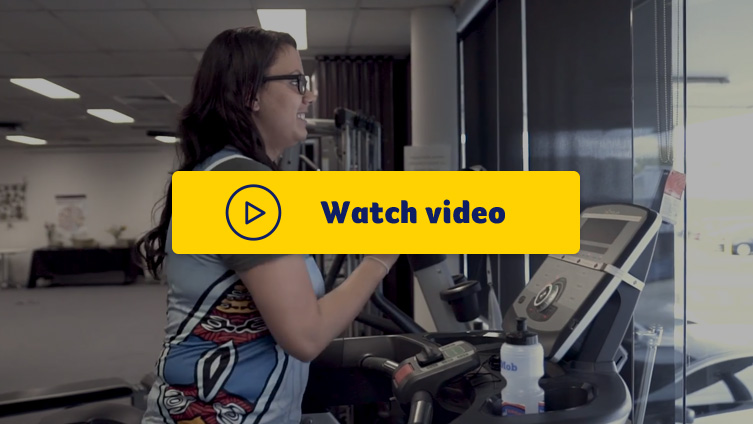 Read more about the ‘Our Stories’ campaign and hear from more inspiring Victorian Aboriginal community members who have cut back on sugary drinks on our partner site Rethink Sugary Drink.