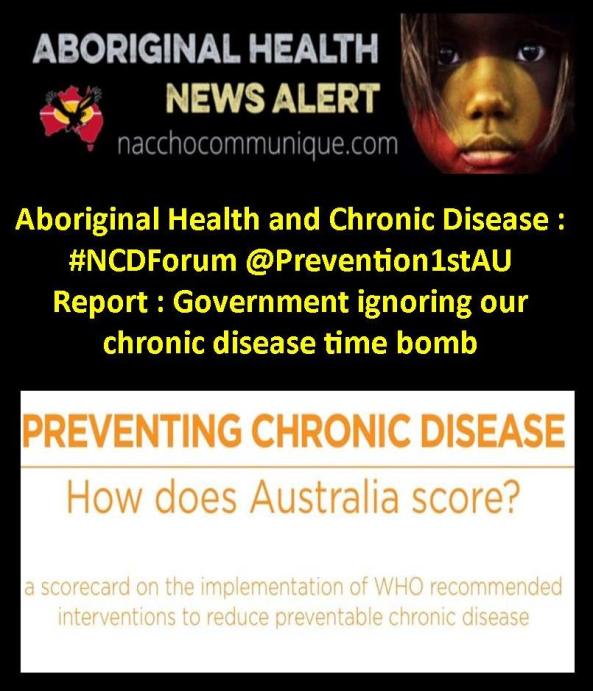 ” One in every two Australians suffer from chronic disease but experts say Commonwealth and State Governments appear blind to the country’s greatest health challenge.

The latest assessment of the country’s chronic disease prevention policy has found that while our health measures in tobacco policy are world leading, Australia has fallen well short in its preventive health efforts in the key areas of alcohol consumption, nutrition, and physical activity.”

Prevention 1st invited experts in tobacco, alcohol, nutrition and physical activity to rate Commonwealth and state government action against the World Health Organization’s (WHO) ‘Best Buys’ and Other Recommended Interventions for the Prevention and Control of Noncommunicable Diseases.i

Chronic disease, which is responsible for 83 per cent of all premature deaths in Australia, accounts for 66 per cent of the burden of disease, and costs our economy an estimated $27 billion annually.

According to the Australian Institute of Health and Welfare, one-third of chronic disease cases are preventable and can be traced to four modifiable risk factors: tobacco use, alcohol consumption, poor diet, and physical inactivity. 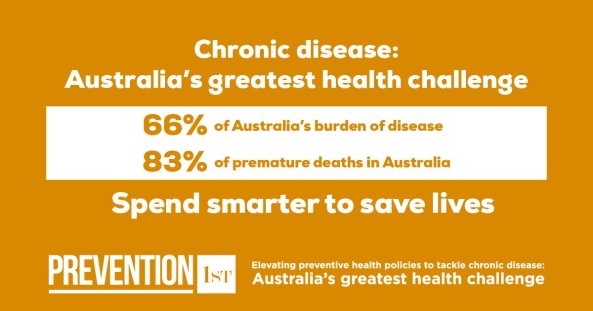 FARE Chief Executive Michael Thorn says that while Australia has been a world leader in preventive health, past glories count for little, when the Prevention 1st Scorecard released today makes clear that our governments are not presently doing enough.

“Effective policies are essential and we have those, but those solutions become worthless if government is not prepared to translate those policies into action,” Mr Thorn said

• The renewal of mass media anti-smoking campaigns that are population-wide and engage effectively with disadvantaged groups.

• The abolition of the Wine Equalisation Tax (WET) and introduction of a volumetric tax for wine and cider.

• Legislated time-based restrictions on exposure of children (under 16 years of age) to unhealthy food and drink marketing on free-to-air television until 9.30pm.

• The implementation of a whole-of-school program that includes mandatory daily physical activity.

Prevention 1st is a campaign led by the Foundation for Alcohol Research and Education (FARE), the Public Health Association of Australia (PHAA), Consumers Health Forum of Australia (CHF Australia), and Dementia Australia.