How to submit a NACCHO Affiliate  or Members Good News Story ?

Wednesday by 4.30 pm for publication each Thursday 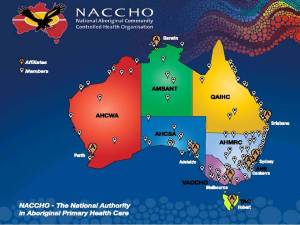 All Indigenous people are eligible for an annual Indigenous-specific health check: item 715 on the Medicare Benefits Schedule (MBS).

This tool shows numbers and usage rates of the checks at national, state and territory and Primary Health Network levels.

Charts can be customised to show different time periods and, where possible, disaggregation by age and sex.

Health, justice and land rights Legend Sol Bellear AM will lead his last march at a State Funeral to be held in Redfern on Saturday.

Sol’s family, friends and supporters are invited to gather at Redfern Aboriginal Medical Service on Redfern Street from 10am for a last march to the State Funeral service at Redfern Oval starting at 11am. 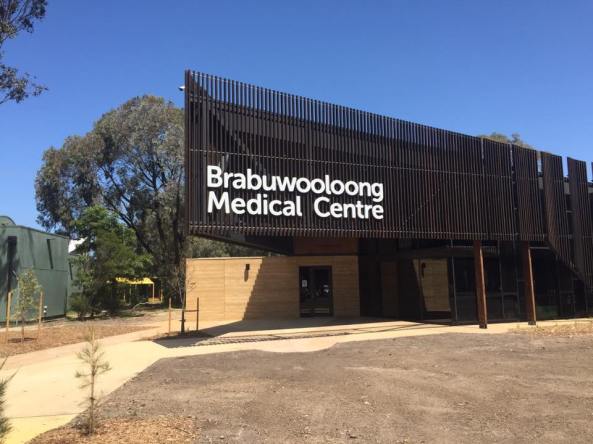 “This is about grassroots community support to ensure local indigenous men, women and children have the care they need, close to where they live, work and go to school.

“Experience shows that culturally comfortable and trusted health services empower people to take control of their own wellbeing and achieve their full potential.”

Member for Gippsland, Darren Chester, said it was a proud day for Koori people across the region.

“This is a welcoming place that will help health professionals work together with local families for better health,” Minister Chester said.

“With five GP consulting rooms, triage, procedure and meeting rooms and a major dental centre, Brabuwoolong has been designed with the future in mind.

“Koori maternity services are also a priority, along with outreach and chronic disease services. The current staff of 28, plus visiting specialists, are providing a whole new level of local health care.”

The new Brabuwoolong centre is operated by the Gippsland and East Gippsland Aboriginal Co-op Ltd (GEGAC) and is named after one of the five East Gippsland Koori clans. The overall cost of the centre was $5.26 million, including $120,000 raised by GEGAC.

The capital works program for the new facilities was provided in addition to Turnbull Government funding to GEGAC of more than $1.9 million this financial year, for health and aged care services.

“Working together with local communities in East Gippsland – and right across Australia – is the best way to help ensure we get the results we all want see to close the gap in indigenous health,” Minister Wyatt said.

“What you see is what you get. You see the people with smiling faces and understand there are two different worlds.” Earlier in October, Port Adelaide Football Club stars Chad Wingard and Paddy Ryder visited the APY Lands conducting healthy lifestyle workshops for school children. NHC is proud to be involved in this program, giving children on the APY Lands such a unique opportunity! #NHCPeople

AHCSA is teaming up with Umoona Tjutagku Health Service in Coober Pedy to deliver a Meningococcal Vaccination Program next week on the 12th, 13th & 14th December. Do you live in Coober Pedy or have family there?

Working with communities that have high rates of suicide, Tracy Westerman knows hopelessness and marginalisation can be deadly.

The Aboriginal psychologist, who delivers suicide prevention programs in remote areas, was this week crowned WA’s Australian of the Year.

She wants Aboriginal teenagers struggling to find hope for the future to know such an honour is not out of reach.

Having grown up in the inland Pilbara town of Tom Price, Dr Westerman did her high school exams via long-distance education.

When she was 15, she read a book about psychology and decided it was her calling.

She won a place at the University of WA and moved to Perth, where she suffered the “biggest culture shock ever” and struggled to catch a bus, cross Stirling Highway and reconcile mainstream psychology with Aboriginal culture.

“As a Pilbara woman, and as someone who had no expectations around me of being successful other than from my family, I find there’s this thing called the tyranny of low expectation,” Dr Westerman said.

“I want an Aboriginal kid to pick up the newspaper and go ‘far out, she did it’.

“Don’t ever let anyone tell you you can’t do something. Never let go of your dreams.”

She loves going to work with her people every day, but laments the extent of racism and marginalisation they face and how it contributes to so much stress and mental ill-health.

She wants policymakers to talk more about the Aboriginal communities that don’t have suicides and learn from them.

“To me, that’s the story,” Dr Westerman said. “What is it about those communities that protects them from what troubles other communities that are caught in crisis or a chronic status of suicide and distress?” 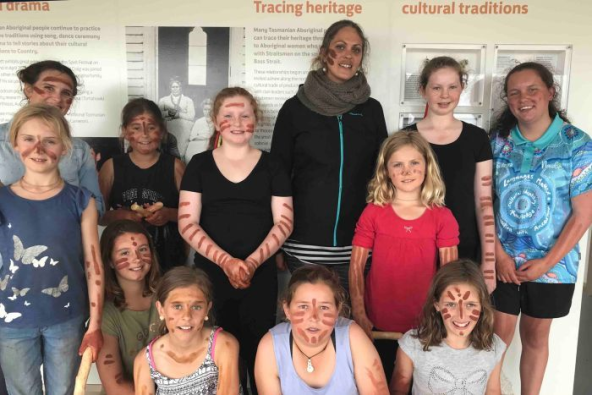 One of Tasmania’s most revered Indigenous leaders, who died exiled from his homeland, is being held up as an example of reconciliation 182 years after his death. From the ABC 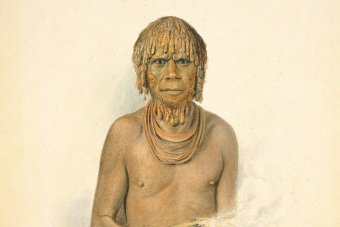 Mannalargenna died on December 4, 1835, at Wybalenna on Flinders Island, after being exiled from his homeland of Tebrikunna, now known as Cape Portland, on the state’s north-east coast.

The Aboriginal community has marked the anniversary of his the death with a gathering at Little Musselroe Bay.

Highly regarded by his people, the Pairrebeenne clan, Mannalargenna initially led guerrilla-style attacks against British settlers before shifting to the role of negotiator.

Along with other diplomats, he played a key role in convincing his people to agree to leave their country for Swan Island in 1830, with the promise that one day they would return.

As elder Aunty Patsy Cameron remembered, it was a promise that was never fulfilled for her ancestor

“At that time when you think about our history there are only about 400 Aboriginal people still free in the bush,” she said

“I think he was such a wise man and he could see that the only way forward was to go to the islands for a short while thinking he was going to be able to come back.

“Mannalargenna is the example of reconciliation and the way that we all move forward together.”

Hundreds of people braved wet weather to attend the third annual commemoration to share in a day of cultural food, activities and music.

They travelled from all corners of the state including Hobart and Stanley, while others made the trip from interstate.

Mandy Quadrio came from Queensland for the occasion and said there was “a strong spiritual connection” in being on the land of her ancestors.

“In contemporary times it gives us a sense of belonging,” she said.

The meaning of the day was not lost on the younger generation either.

Emily Wood was one of five girls from Flinders Island who performed a cultural dance which told the story of the muttonbird, a traditional source of food which is still harvested by the community.

“To all come together it’s nice. It means a lot because you can relate to other people and you meet new people,” she said.

“It’s fun just coming here and seeing everybody dress up and just having fun,” she said.

“It’s a day to remember and celebrate.” 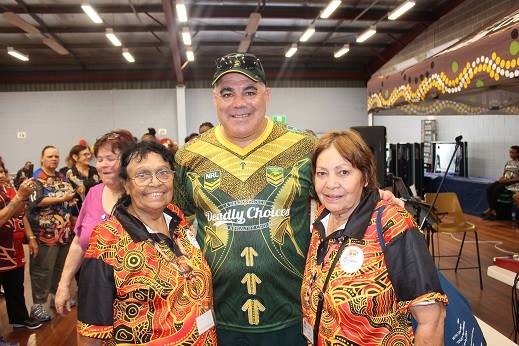 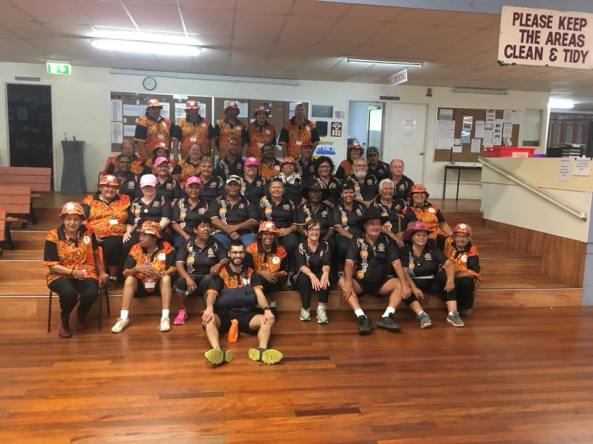 The information delivered and the quality of our presenters shone through amongst the audience, prompting rave reviews from the Community Mental Health Australia hosts and national attendees.

The NDIA Directors were extremely keen on discussing and supporting our NDIS Mental Health Model and processes and we look forward to these relationships developing further in the future.