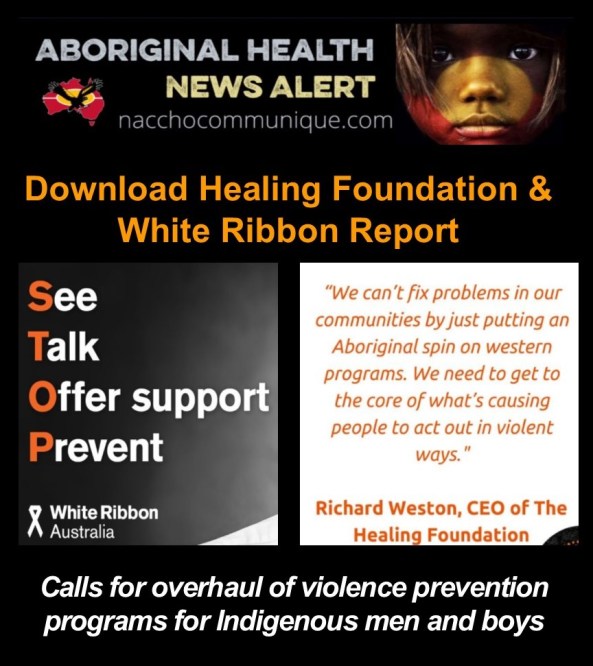 A discussion paper released today by White Ribbon and the Healing Foundation said, “inappropriate and ill-targeted strategies” are not working to change the behaviour of violent Indigenous men. 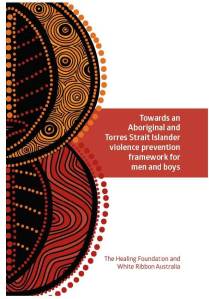 “I think if you look at the current discourse in Australia it’s just heavier prison sentences and better policing,” he said.

“We can build lots more women’s shelters, but that’s not the point, we want it to stop.

Dr Wenitong, who works with Aboriginal and Torres Strait Islander men in prison, said programs in jails did not appear to be effective.

“The prison offender programs are mostly mainstream programs … I talk to men in prison who go ‘that anger management program doesn’t mean anything when I go back to my community’,” he said.

The report said an urgent priority was “elevating the voice of men in family violence prevention”.

“Men do need to lead this, because it’s men who are the main perpetrators of violence,” Healing Foundation chief executive Richard Weston said.

The paper recommend that Indigenous men and women have a greater say over new behaviour-change programs — including consulting with reformed perpetrators of domestic violence.

“Mainstream programs are failing us because we’re not involved in the design.”

“When there’s violence in a community — in a household — why do we take the women and children out of the house for their safety, why aren’t we taking the men out?”

The paper said there had been “little opportunity for Aboriginal and Torres Strait Islander women to influence the policies and programs designed to improve safety for them and their children”.

“Arguably, the voice and perspective of men is absent, and sometimes excluded in this domain,” Dr Wenitong said.

Aside from family breakdown, alcohol and drug abuse was the most significant factor associated with family violence in Aboriginal and Torres Strait Islander communities, the report said.

An effective framework for Aboriginal and Torres Strait Islander men and boys to prevent and reduce family violence needs to include the following critical elements:

A taskforce led by the Victorian Aboriginal Children’s Commissioner in 2016 found that in nine-out-of-ten cases, family violence had been present in the home when an Indigenous child was removed.

Mr Weston said the discussion paper also refuted claims by some Aboriginal men that violence against women and children had “a cultural basis”.

One comment on “NACCHO Aboriginal Health and #WhiteRibbonDay : @HealingOurWay @WhiteRibbonAust Report calls for overhaul of #violenceprevention programs for #Indigenous men and boys”