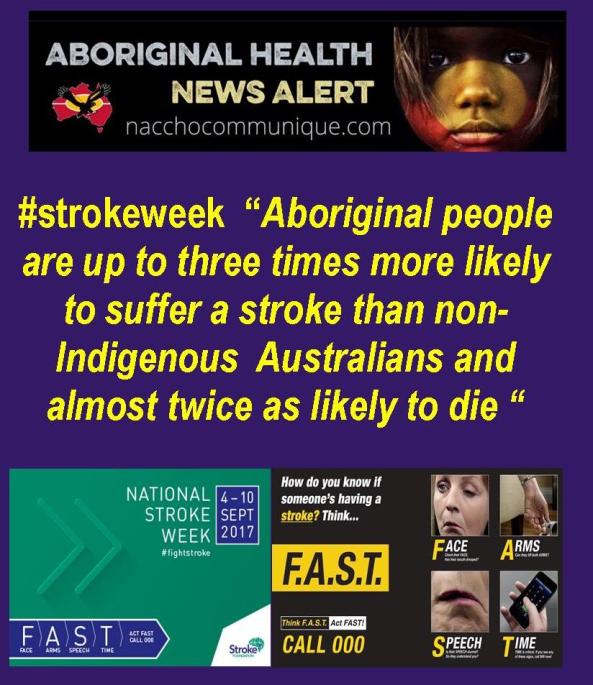 ” Aboriginal and Torres Strait Islander people are up to three times more likely to suffer a stroke than non-Indigenous Australians and almost twice as likely to die, according to the Australian Bureau of Statistics. It’s an alarming figure and one that  prompted the National Stroke Foundation in 2016 to urge the Federal Government to fund a critical $44 million awareness campaign in a bid to close the gap .

The good news is most strokes are preventable and treatable.

However communities need to be empowered to protect themselves from this insidious disease.”

“Never had I ever come across one ( stroke ) or heard much about them. I had nothing to do with them,”

When I woke up, I didn’t know what was going on. I couldn’t communicate. I couldn’t tell anyone I was still here. It was really scary. I’d never seen the effects of a stroke.

First, I lost my voice, then my vision, my [ability to] swallow and my movement of all my body parts. I lost all my bowel and bladder function. I’ve still got bad sight but I can see again. My speech took about six months.

With help from the Aboriginal Disability Network, they advocated to get me out and get the right support equipment at home “

For Tania Lewis, an Awabakal woman, stroke was something that only happened to older people. But in 2011, Tania suffered a severe stroke at the age of 39 that would leave her with permanent right-sided hemiplegia – paralysis of one side of the body. 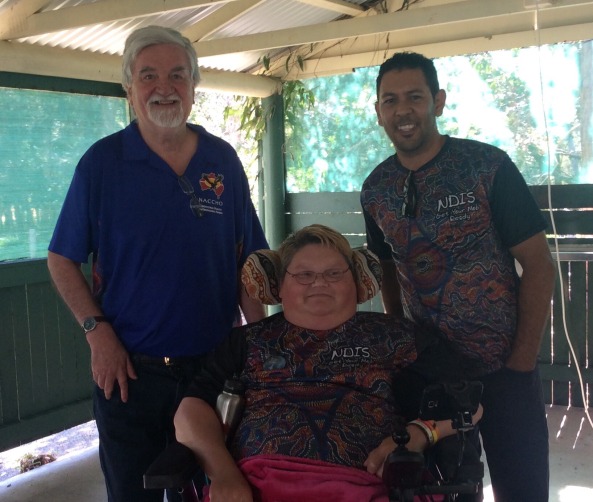 A stroke occurs when supply of blood to the brain is disturbed suddenly. The longer it remains untreated, the heightened the risk of stroke-related brain damage.

Medical treatment during the first onset of symptoms can significantly improve a sufferer’s chance of survival and of successful rehabilitation.

In Australia, stroke is the leading cause of long-term disability in adults, accounting for 25 per cent of all chronic disability. The NSF reports that roughly 50,000 strokes occur per year with over 437,000 people living with stroke across the country. While severity varies, two thirds of victims, like Tania, are left with impeding disabilities

But in 2011, Tania suffered a severe stroke at the age of 39 that would leave her with permanent right-sided hemiplegia – paralysis of one side of the body.

The burden of stroke doesn’t just fall on the patient, but can take a significant toll on family and carers.

“The doctor at the hospital tried to take Power of Attorney and Guardianship away from me and give it to the Guardianship Board, because he didn’t believe that [my husband] Len or anyone could look after me,” Tania recalls.

“I was put through hell. I figured life wasn’t worth living anymore because they took everything away from me. I couldn’t go home to my family. So I tried to off myself.

“Then all of a sudden, one day the doctor said, ‘You can go home. We can’t rehabilitate you anymore’. At home, I was having seizures for a while. My hubby wouldn’t sleep. He and his mum would take shifts looking after me. We tried to get assistance but there was nothing for young people. So one day, my husband collapsed on the lounge room floor from exhaustion. It was just a nightmare. That’s how I ended up in aged care.”

Tania spent the next two and a half years between three aged care facilities.

“I wouldn’t wish it upon nobody,” she says.

It was during her nightly ritual of chatting with her daughter via Facebook that Tania typed “young people in nursing homes” into Google. The search engine’s results would lead to her life-changing encounter with the YPINH.

“With help from the Aboriginal Disability Network, they advocated to get me out and get the right support equipment at home. Whatever I need, physio, OT – they’ve got my back. I can’t thank them enough for what they’ve done for me.”

Today, Tania is working with the Aboriginal Disability Network, helping Indigenous Australians navigate their way through the National Healthcare System.

It has long been recognised that Aboriginal and Torres Strait Islander people have a life expectancy that is approximately 20 years less than non-Indigenous Australians (Australian Bureau of Statistics). Recent data from the ABS shows that up to 80 per cent of the mortality gap can be attributed to chronic diseases such as heart disease, stroke, diabetes and kidney disease.

Lifestyle related risks such as smoking, alcohol misuse, stress, poor diet, and inadequate physical activity also need to be addressed, according to the Australian Institute of Health and Welfare .

But the first step, McGowan says, is for indigenous stroke sufferers to recognise the signs of a stroke in themselves and their family members. The NSF recommends the F.A.S.T. test as the most effective way to remember the most common signs of a stroke. 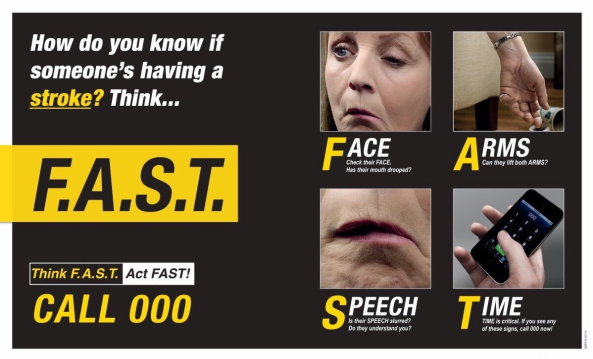 Face: Check their face. Has their mouth drooped?
Arms: Can they lift both arms?
Speech: Is their speech slurred? Do they understand you?
Time: Is critical. If you see any of these signs call 000 straight away.

“If I had known that because I’d lost my vision I had suffered a stroke, I could’ve put two and two together and got help, but I didn’t know anything,” Tania says.

The Stroke Foundation called on the Federal Government to fund an urgent $44 million campaign to address the gap in stroke care. For more information on stroke and the campaign, visit strokefoundation.com.au.

One comment on “NACCHO Aboriginal Health #Strokeweek : #Fightstroke Aboriginal people are up to three times more likely to suffer a stroke than non-Indigenous”