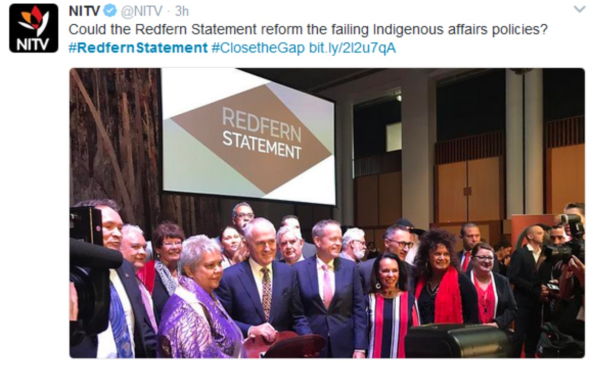 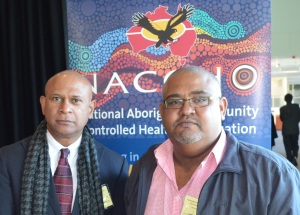 ” The report identifies small gains that are being made by Aboriginal Community Controlled Health Organisations such as Apunipima, however with the targets looking increasingly out of reach we urge government to work more closely with communities and look at serious reforms to give us a chance to close the health gap between mainstream and Aboriginal and Torres Strait Islander people.

We urge the government to listen and work with the community who know what is needed for themselves and their families.

We know that mainstream services do not deliver the outcomes we are all looking for and this report is further evidence that community led and community driven services are the way forward for better health outcomes in community.

“ The Redfern Statement was developed on 9 June 2016 and the Australian Indigenous Doctors’ Association (AIDA) are one of the 18 Aboriginal and Torres Strait Islander peak organisations leading this statement and calling for Government action. Members of AIDA were proud to be in the Great Hall at Parliament House for this significant occasion.

AIDA looks forward to working with other Redfern Statement signatory peaks and senior State and Territory Government representatives between March and July at the Redfern Statement Workshops and participating in the National First People Summit in August/September later this year.

“It is a continuing tragedy that Aboriginal and Torres Strait Islander people still suffer from poorer health outcomes and a shorter life expectancy than non Indigenous Australians.

While the reasons for this are complex and include a range of socioeconomic and other factors, it is certainly the case in the healthcare system that much more can be done.

And while there are increased opportunities for cultural competency training within our medical and other health courses, more consistent access for medical and health students (particularly non Indigenous students) to this critical training is needed for them to have the skills and knowledge required to communicate effectively with Aboriginal and Torres Strait Islander patients. 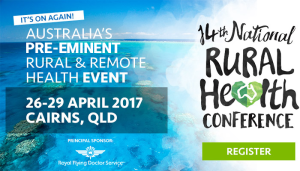 “While we have seen positive signs for health, including improvements in numbers of Aboriginal and Torres Strait Islander mothers not smoking during pregnancy and babies born with a low birthweight, we are still falling behind when it comes to achieving the target of halving the gap in child mortality by 2018,

One of the key priorities for our organisation is improving health outcomes for Aboriginal and Torres Strait Islander people, which is demonstrated to worsen with increasing remoteness.

Mr Butt also stressed that while many of these issues are not new, they are even more pressing in isolated areas given approximately 65% of Aboriginal people live outside Australia’s major cities.

We need greater focus on improving child health, education, and wellbeing and to support Aboriginal and Torres Strait Islander families to give them the best start in life. It should involve a holistic early childhood strategy which informs high quality, locally responsive and culturally appropriate programs supported by stable, long term funding.”

The NRHA continues to work closely with our Aboriginal and Torres Strait Islander member bodies to achieve these outcomes,” .

NRHA CEO, David Butt, while progress has been seen in some areas, the rates of infant mortality were no longer on target and this was of concern. 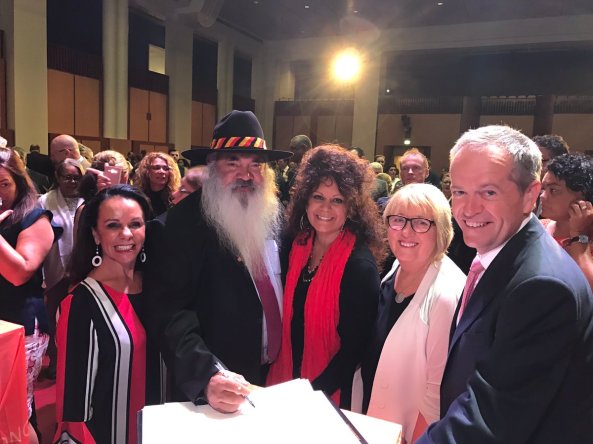 The flawed design and delivery of the Indigenous Advancement Strategy reminds us that paternalism does not work. We cannot ignore the voices of Aboriginal and Torres Strait Islander people, or impose solutions instead of working with communities.

We need a new approach – an approach that listens to first Australians, gives them a stronger voice that they control, and recognises that they have the solutions.

We need a new approach that fosters hope that builds on a sense of belonging. An approach built on respect, recognition and resources.

Labor calls on the Government to heed local voices, to empower communities, and to prioritise what works.

The $500 million in cuts to programs and frontline services has had a very real and damaging impact. Despite a promise that there would be no jobs or services lost, the opposite is true. Cutting funding from local providers doesn’t foster independence, it undermines hope. “

“The Close the Gap report now showing that child mortality rates are not on track is a dismal reflection on the Government’s half-hearted and under-funded attempts to end Aboriginal and Torres Strait Islander disadvantage.

One of the targets is on track to Close the Gap for our First Peoples. Just one. How has the Government let it get to this stage?

“I have witnessed many Closing the Gap reports in my time as a Senator but this year’s report is particularly devastating. Unfortunately it is not surprising.

“When they ripped half a billion dollars out of the sector, leaders, Aboriginal organisations and service deliverers knew the impacts would be real. This is now reflected in this report. This highlights why the Government needs to adopt the Redfern Statement’s Engagement Approach.

“Falling behind on child mortality rates means that the Government’s failure to act in this space is costing lives.