“The cashless welfare card is unfair, a form of control and reminds Aboriginal people every day that they are treated as second- and third-class citizens in their own land,”

One of the key issues in many of the areas where the card operates, such as in remote areas of South Australia, is the difficulty of accessing fresh produce at reasonable prices.

Where is the evidence that this card increases this access and enables Aboriginal people to get the healthy food they need?

A person’s dignity can also be lost when having to use such a card which can also have detrimental impacts on both their mental and physical health and wellbeing.”

From Melissa Davey The Guardian

The welfare card was “unfair” and “a form of control”, Turner said in response to a Guardian Australia report from the South Australian town of Ceduna which found welfare recipients on the card felt disempowered and dictated to.

But Turner, who before being appointed to the National Aboriginal Community Controlled Health Organisation (Naccho) was the longest-serving chief executive of the Aboriginal and Torres Strait Islander Commission and spent 18 months as Monash Chair of Australian Studies at Georgetown University in Washington, questioned the evidence from the government’s report

The trial of the card, known as the indue card, began in Ceduna in March and in the Western Australian towns of Kununurra and Wyndham in April. Welfare recipients in those towns now receive 80% of their welfare payments into the indue card, which cannot be used to withdraw cash or buy alcohol or gambling products. The remaining 20% can be withdrawn as cash. 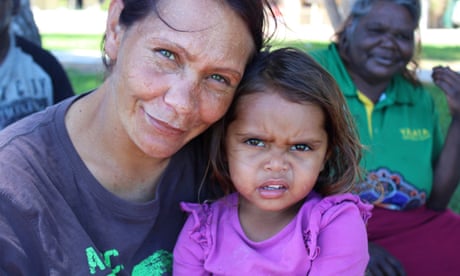 Despite the government declaring the restricted debit card a success, many Aboriginal Australians say they feel disempowered and voiceless

The government, including the prime minister, Malcolm Turnbull, and the human services minister, Alan Tudge, say the card has so far been a success.

In a report released six months into the card’s trial, anecdotal evidence and early data found poker machine revenue in the Ceduna region between April and August last year was 15.1% lower than for the equivalent period in 2015.

There had also been a strong uptake of financial counselling, the report said, with 300 people seeking counselling since the trial began. Anecdotally, there had been a significant decline in people requesting basic supplies like milk and sugar from the Koonibba Community Shopfront in Ceduna, the report also said.

Most people on welfare in the trial towns are Aboriginal.

Guardian Australia has contacted the Department of Health and Human Services for comment.

The strength of data used in the government’s cashless welfare card progress report has been questioned by Aboriginal elders, health economists and the Greens senator, Rachel Siewert.