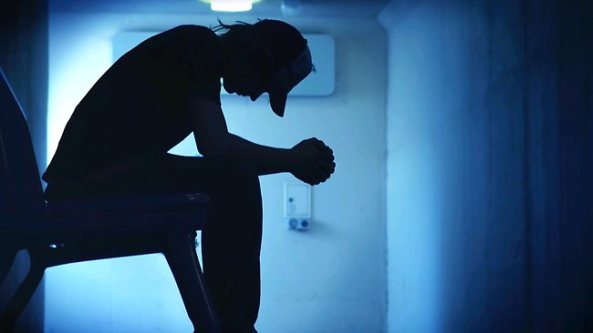 “There are some communities out there were there are a multitude of both state and federal services and showing very little for all the effort and the money,”

“The question is why? And I think part of the answer is that there needs to be much more involvement of Aboriginal people through governance structures that are appropriate to have a say how those resources are used.

“It’s important because many Aboriginal people will not be comfortable ringing a general service and speaking to a non-Aboriginal person.

“There needs to be, and I have seen this over my almost 40 years now in Aboriginal affairs, a specific service that is culturally appropriate.”

Ms Burney, who is a Wiradjuri woman and will be making a tilt at federal politics in the upcoming election, said a national, Aboriginal-led initiative was needed to address many of the issues surrounding mental health and disadvantage.

“Child suicide was a growing problem in indigenous communities. Children’s exposure to family violence was a “major contributor” to the mental health of young people.  services needed more funding for mental health, with remote communities having limited access through Aboriginal Medical Services and the Royal Flying Doctor Service.

“We must be delivering services to the people, not (forcing) them to come to the services because Aboriginal people in remote communities are on the lowest incomes in the country.”

Sandy Davies, the deputy chairman of the National Aboriginal Community Controlled Health Organisation :Picture above : Indigenous children up to 14 years were nine times more likely to kill themselves than non-indigenous children

Crisis support service Lifeline is calling for the Commonwealth to support an Aboriginal-specific arm of the hotline, to tackle the high rates of suicide in Aboriginal communities.

Lifeline Central West, which covers about one third of New South Wales, has proposed establishing a national call centre in the central west city of Dubbo run by Aboriginal counsellors.

It has written a letter to the Federal Minister for Indigenous Affairs Nigel Scullion, asking for financial support for the so-called YarnUp Confidential service.

It was hoped the call centre would take up to 70,000 calls per year and create 118 new Aboriginal jobs in Dubbo, costing about $10 million to run annually.

Mr Ferguson said while similar services were run locally in some communities, there was a need for a unified service based on the Lifeline model.

“Look at the scorecard and I think you’ll find their policies are either misdirected or failing,” Mr Ferguson said.

“At the moment we don’t have dialogue and we need to have a dialogue within the Aboriginal community and the broader regional communities.

“The idea is simply to put an Aboriginal feeling, a wash, a spirit through the Lifeline model, so that we can actually have Aboriginals working with Aboriginals under a properly trained and structured environment.”

‘They don’t trust us, in many cases they don’t like us’

Mr Ferguson said many Aboriginal people did not feel comfortable conveying their concerns to non-Indigenous counsellors.

“They don’t trust us, in many cases they don’t like us, and that’s why the YarnUp model is based on Aboriginals working with Aboriginals, but doing it in a very structured way, which is the Lifeline training and telephony model,” Mr Ferguson said.

Mr Ferguson said there had been an “uninspiring” response from the Government, and was disappointed it had not offered an alternative solution.

“Nobody has put up anything else to either push YarnUp our of the way and or has actually ever criticised the content of YarnUp,” Mr Ferguson said.

“By the time you keep going around this sort of ‘it’s not in my backyard’ type argument, there is the continual flow of death and the resultant trauma in the community.”

The Federal Member for Parkes Mark Coulton said the broadly supported the model and will next week lobby the Indigenous Affairs Minister Nigel Scullion for a trial.

But he said many local organisations were already doing similar work and there was a risk of duplicating services.

“I was in Bourke a couple weeks ago and there was another group there that has got a mental health program for school-aged students,” Mr Coulton said.

“This is not an empty field, there are a lot of people out there in this space.

“But I think the Lifeline model has worked well and I think to extend that into a specialised service for Aboriginal people will be I think a worthwhile exercise.”

Get your Message Across to our 302 Clinics and our 100,000 readers of the Koori Mail