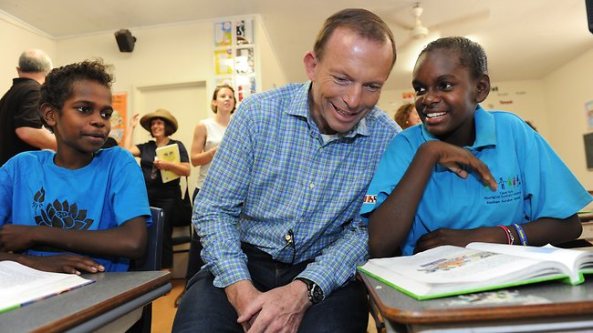 The leaders of the national representative body for indigenous people have vowed to continue as a ”fearless” voice for Aboriginal and Torres Strait Islander peoples, despite the Abbott government indicating it is likely to cut its funding.

The National Congress of Australia’s First Peoples was set up in 2010 with an initial Commonwealth funding allocation of $29.2 million over five years. While it was envisaged that the organisation would become financially self-sufficient over time, it is yet to reach this stage.

In the May budget, the Gillard government provided a further $15 million in funding to flow over three years from July next year, but Indigenous Affairs Minister Nigel Scullion met the group’s co-chairs on Wednesday and told them it was unlikely they would receive the $15 provided for by Labor.

But in a statement issued late on Thursday, Congress co-chairs Kirstie Parker and Les Malezer promised the organisation would continue to fight.

”The National Congress of Australia’s First Peoples promised its members and supporters today that it will continue as a strong, fearless national representative body for Aboriginal and Torres Strait Islander Peoples,” the statement said.

”The new government has shown that they do not support real decision making for our families and communities through a national representative body chosen by our Peoples, for our Peoples.”

The statement said Congress would hold urgent meetings with members and would continue to build partnerships with other Australians to build a sustainable financial base for the organisation. It would also continue to increase its membership.

Mr Neumann contrasted the treatment of Congress with the government’s decision to provide $1 million to set up an indigenous advisory council chaired by former ALP president Warren Mundine.

”What Tony Abbott is proposing to do is slash funding to a body of elected indigenous representatives while spending $1 million to establish a hand-picked Ministerial Advisory Committee in its place,” he said.

Mr Mundine said this was ”nonsense” as his committee was not intended to be a representative body, but was created to provide policy advice to government.

Stressing he was expressing a personal view, Mr Mundine said he had always thought the funding provided to Congress was excessive, and in a tight budgetary situation, the additional funding promised by Labor could be better spent on other priorities in the indigenous affairs portfolio.

Senator Scullion said no decision had been made about the organisation’s funding, and the decision about future funding would be made as part of the budget process, after the Commission of Audit reports.

”However, I did stress that it was highly unlikely that funding would be approved as the government moves funding to frontline services to focus on delivering real outcomes for first Australians,” Senator Scullion said.

”I felt it appropriate to advise Congress of this as early as possible so it could make plans for the future,” he said.

Senator Scullion said he had encouraged the organisation to use the $8.3 million remaining in its reserves to prepare for the future.

”There remains a role for Congress but it is important that it build membership from its current level of approximately 7500 and look to other sources of financial support in the future,” he said.

In April, Senator Scullion said he did not believe the organisation should receive Commonwealth funding because it made the peak body dependent.

Aboriginal and Torres Strait Islander Social Justice Commissioner Mick Gooda wrote recently that Congress should be given time to establish itself.

”Organisations evolve over time and I believe that Congress has the fundamentals for robust representation and good governance,” he wrote in his annual native title and social justice report.

In its submission to the Commission of Audit, Congress said while it had not yet achieved financial self-sustainability, it continued to ”work assiduously towards that goal”.