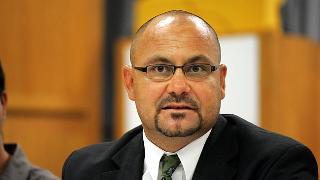 THE Abbott government will strip funding from the peak Aboriginal legal aid organisation and policy positions in its state affiliates, but has moderated the extent of cuts to at-the-coalface services following an outcry from the indigenous community.

The Coalition today will announce the defunding of the peak National Aboriginal and Torres Strait Islander Legal Services and all law reform and policy officer positions within each state and territory affiliate, saving $9 million over three years.

However, this represents a backdown after the Coalition went to the election promising cuts of $42m over three years to take effect from the 2014-15 financial year.

Our thanks to PATRICIA KARVELAS

NATSILS chairman Shane Duffy said last night the cuts would deny essential legal services to even more indigenous people and further entrench them as “second-class citizens” in their own country.

Mr Duffy said that at a time when Aboriginal and Torres Strait Islander incarceration rates were at alarming highs and continuing to rise, the funding cuts were short-sighted.

“Without a national peak body and state-based law reform and policy officers, governments around Australia will have no access to informed, evidence-based frontline advice in regards to the effectiveness of the justice system,” Mr Duffy said.

“Justice-related costs are spiralling out of control around Australia, and removing the ability of frontline services to provide government agencies with accurate policy advice will only serve to make our system more ineffective, inefficient and increasingly costly.

“Cutting funding at the policy level in order to save money is simply a false economy.”

Mr Duffy said that the small saving of $3m a year was nothing compared to the impact such cuts would have on the ground.

“Without the advocacy work of a national peak body and state and territory-based law reform and policy officers, more people are going to end up in prison. It’s as simple as that,” he said.

“The funding cuts directly target our ability to work with governments to address the underlying causes of why Aboriginal and Torres Strait Islander peoples are so disproportionately represented in our justice system. There is no one else to fulfil this role if we are prohibited from doing so.”

Mr Duffy said that the funding cuts would also affect the level of prevention and early intervention services provided to Aboriginal and Torres Strait Islander peoples.

He said with the Prime Minister’s Indigenous Advisory Council, headed by Warren Mundine, reviewing all government expenditure, it was unclear why the legal aid cuts had already been decided on.

“The fact that the government has pre-empted this review calls into question the commitment Tony Abbott has for the council that he has specifically created to advise him on such issues. This isn’t what you would expect from a Prime Minister who has positioned himself as the Prime Minister for indigenous Australians,” he said.

Last night there was huge pressure on Mr Mundine, who has said he does not support the cuts, to intervene.