More than $140 billion was spent on health in Australia in 2011-12, according to a report released today by the Australian Institute of Health and Welfare (AIHW).

‘Over the decade from 2001-02, the ratio of health spending as a proportion of GDP and taxation revenue has risen, particularly following the global financial crisis,’ said AIHW CEO David Kalisch.

The AIHW is a major national agency set up by the Australian Government to provide reliable, regular and relevant information and statistics on Australia’s health and welfare. 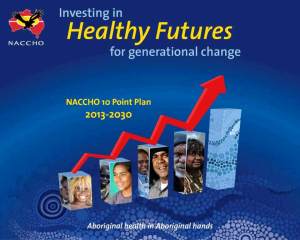 NACCHO as the national authority in comprenhesive Aboriginal primary health care currently has a wide range of job oppportunities in the pipeline.

Register your current or future interest with our HR TEAM HERE