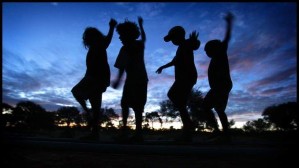 “Aboriginal and Torres Strait Islander people experience suicide at around twice the rate of the rest of the population. Aboriginal teenage men and women are up to 5.9 times more likely to take their own lives than non-Aboriginal people,”

Mr Mohamed said in a recent NACCHO press release (below)

Let’s talk about what can be done by neighbourhoods and workplaces to identify and support people at risk. Let’s see if we can agree about what is best done by families, what by mental health professionals, what by government agencies.

It’s a big ask but let us all think for some moments this week about what we personally can do, and whether there is someone in our personal network who would benefit from a chat about mental stress, or loneliness, or alienation.

Doing nothing won’t help. Doing something may

Former Federal Mental Health Minister Mark Butler recently released the National Aboriginal and Torres Strait Islander Suicide Prevention Strategy which aims to address Aboriginal suicide rates – which are as high as one a month is some remote Aboriginal communities.

NACCHO Chair Justin Mohamed said the Federal Government’s focus on the issue, particularly the emphasis on local solutions and capacity building, is welcomed, however he said the detail of the plan still needs careful examination.

“Aboriginal and Torres Strait Islander people experience suicide at around twice the rate of the rest of the population. Aboriginal teenage men and women are up to 5.9 times more likely to take their own lives than non-Aboriginal people,” Mr Mohamed said.

“This is a crisis affecting our young people. It’s critical real action is taken to urgently to address the issue and it’s heartening to see the Federal Government taking steps to do that.”

However Mr Mohamed said that for any strategy to be effective, local, community-led healthcare needed to be at its core.

“Historically, Aboriginal people have not had great experiences with the mental health system, so breaking down the barriers and building trust is going to be key and having Aboriginal people involved in the delivery of services is critical.

“Aboriginal Community Controlled Health Organisations are already having the biggest impacts on holistic improvements in Aboriginal health, including mental health. We are already a trusted source of primary health care within our communities, so its important those centres play a pivotal role in any strategy.

“Up to 15 per cent of the 10-year life expectancy gap between Aboriginal and non-Aboriginal Australians has been put down to mental health conditions. We look forward to working with the government to map out the best possible approach to addressing this crisis in our community.